Oh hey. I’m Chandler Baker (formerly-and-quite-recently known as Chandler Craig). I’m a twenty-something lawyer, author of young adult and middle grade fiction and dedicated nerdfighter. In 2011, I graduated law school from the University of Texas in Austin. Prior to that, I attended the University of Pennsylvania, where I graduated early so that I could take time off to try my hand at this whole writing thing. So far, so good.

My debut novel, ALIVE, will be out sometime in 2015 from Disney-Hyperion. Here’s the Publisher’s Marketplace Announcement:

Chandler Baker’s debut ALIVE, pitched as in the vein of Gayle Foreman and Lauren Oliver, about a girl recovering from a heart transplant, whose recovery (acclimating back to home and school life) also introduces disturbing side effects and hallucinations that haunt her every day, as she soon discovers the line between life and death is more fragile than even a girl with a replacement heart could imagine, to Emily Meehan at Disney-Hyperion, with Laura Schreiber editing, at auction, by Daniel Lazar at Writers House on behalf of Nick Harris at The Story Foundation.

Shortly thereafter in the Fall of 2015, the first book in my new HIGH SCHOOL HORROR STORY series will hit shelves from Feiwel & Friends, an imprint of Macmillan. Here’s the Publisher’s Marketplace Announcement:

YA author Chandler Baker’s TEEN FRANKENSTEIN, the first in the High School Horror Story series which reimagines classic literary monsters in a high school setting in Paris, Texas, to Jean Feiwel at Feiwel and Friends, in a three-book deal in conjunction with DiGa Vision LLC, a full service production company/studio headed by Tony DiSanto and Liz Gateley, known for their roles in creating and producing hit shows including The Hills, Jersey Shore, Laguna Beach, the hit MTV series Teen Wolf, Teen Mom and Ke$ha, My Crazy Beautiful Life, the first to be published in Fall 2015.

Writing Quote I live by: “Am I kidding myself about being a “creative artist”? Can I possibly be a creative artist if I approach this effort in so methodical and left-brained a fashion?”–Journal of a Novel

5 Crucial Things You Need to Know About Me:

1. Jay Leno tops my Sexiest Man in the World list. Not kidding.

2. I hate bananas and all forms of cake. That includes pancakes, cupcakes, muffins, and brownies. I’m nothing if not consistent.

3. I like to research serial killers, but then when I’m done, I’m scared out of my pants and can’t sleep for weeks.

4. If you touch my neck, I’ll punch your face. Ok, not really, but it does freak me out a lot and I will be very upset and make a weird hissing noise then turn bright red. 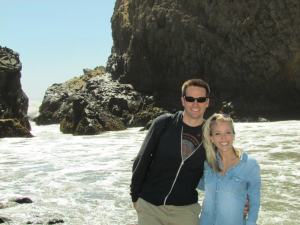 Hi, I'm Chandler Baker, lawyer, author of young adult and middle grade fiction and dedicated nerdfighter (not necessarily in that order). My debut YA novel, ALIVE is forthcoming from Disney-Hyperion in May 2015 (get excited!) followed by TEEN FRANKENSTEIN in the Fall of 2015, which is Book 1 in my new HIGH SCHOOL HORROR STORY series to be published by Feiwel & Friends/Macmillan. In addition, I work for a number of book packagers and can be reached at chandler1986(at)gmail(dot)com. I'm represented by Daniel Lazar of Writers House.

My Tweets
Join 117 other followers
my read shelf:

YA and MG authors debuting in 2014

Not so daily, but definitely Dahlia.

"The act of putting pen to paper . . . helps us regain our equilibrium." - Norbet Platt

rachmcmahon.com/
Tales from the Writing Front

My journey through the world of writing and everything that lies in between...